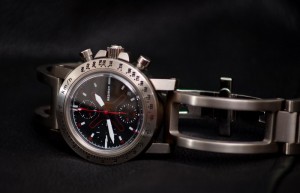 In the boutique watch world, there are endless homages and copy cats. Even well respected and regarded brands resort to thinly modifying a design and selling it as their own. While imitation is the sincerest form of flattery, I guess I’m just one of those people who would never be satiated from owning a homage. Not only is it unoriginal and uninspired, it’s just lazy and safe.

It is our own fault. Watch fans who can’t afford a Omega PolProf will happily lay down the 10 hundos to get a look alike from Ocean 7. I’ll never understand why, there are a plethora of watches in the $1,000 range that are original designs, why settle for plagiarism when you can get something that doesn’t look like you simply couldn’t afford the original.

There are just about endless IWC Pilot homages and possibly even more Submariner copies. Some would argue that in the design history of watches, everyone borrows. Borrowing is fine and blah blah building on the shoulder of giants but like art and pornography I think we all know when we’re looking at something that is original with borrowed elements or just a uninspired homage.

Don’t get me wrong, I am a big fan of original boutique watches. (A boutique watch being a watch that is produced in a small scale by an even smaller business.) They can take risks that big houses like IWC, Omega, Rolex, and the like simply cannot because they are not shackled by tradition or stock holders. In the current market, I feel Bathys Hawaii and Kazimon are the strongest examples of watch companies that avoid homag-ing as much as possible and are daring enough to be bold. Today, we’re going to be looking at the new Kazimon Chronograph, the DREI. 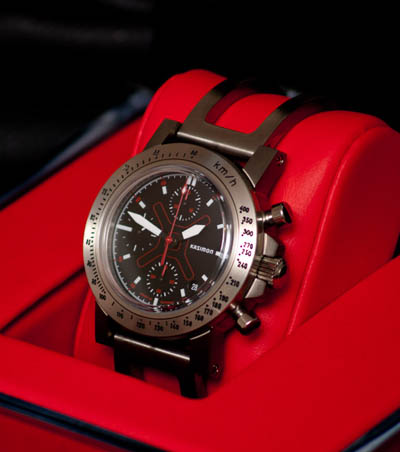 The Fortis Cosmonaut series have the most direct relation to the Russian and Soviet space programs. Historically, that’s what the cosmonauts wore and it was almost like their Speedmaster Pro. While Fortis might have the historical connection, aesthetically though, the DREI seems like it was directly inspired by the Mir space station and Buran shuttle with a bit of Klingon thrown in. There’s just something about this watch that makes me think “PEW PEW PEW” in my head. 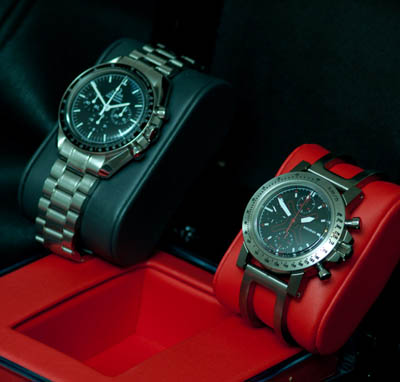 Side by Side with a Speedmaster Professional

The black and red motif of the watch face, the UFO crown, the super dome crystal, the all titanium construction, the unique bracelet; these are all design themes that combine to convey the same design language. It looks like it’s from a world where flying cars did come to fruition, jet packs exist instead of stupid Segways and TANG is as popular as Diet Coke.

Side View, looks like a space ship doesn’t it.

All these elements mesh into a 70’s chic Buck Rogers brought into 2010 ray gun of a chronograph. Even the box it comes in looks like something out of 2001 Space Odyssey.

For a bit more than a $1,000 you get a Top grade ETA 7750. Quite a bargain actually, I can’t think of anyone near this price point with a titanium watch an a Top grade chronograph movement. The watch case itself is very well made. The attention to detail is definitely there and I couldn’t find anything wrong in terms of alignment, rough machining, or something being asymmetrical. Everything was where it’s supposed to be and finished to a fine standard. This isn’t unexpected since Fricker does make the case for this watch and it looks very similar to a much more expensive watch sold by Kobold. What was a bit annoying was that the gap between the case and bezel seemed a bit large for a bezel that doesn’t turn. 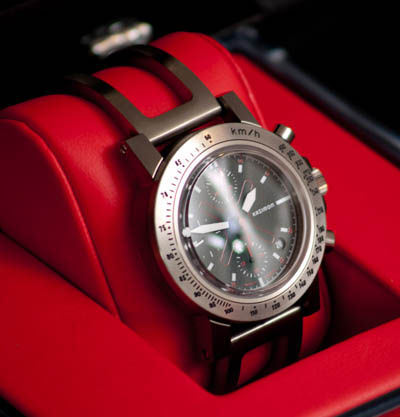 A unique feature of Kazimon I haven’t seen elsewhere is that the case back is aligned perfectly on every watch and they go through unconventional pains to make it that way. Keep in mind, Kazimon has a nicely integrated logo in the case back mirrored in the dial face. In order to open the watch, you need their special $100+ tool to open it. It wasn’t included in mine but it is supposed to be in the future for watches not sold as part of the promotional introduction. 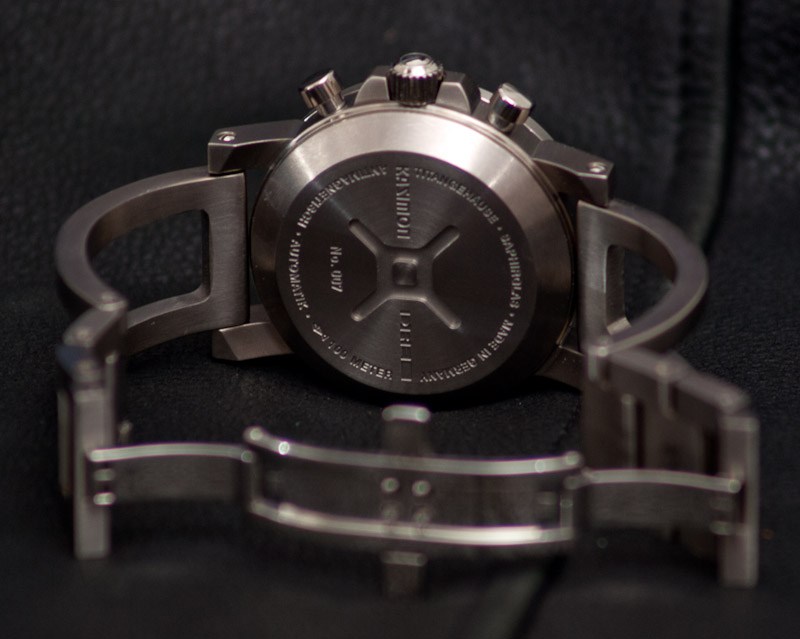 Yes, that is Serial Number 007

The open bracelet is also not something you see on any other watch released recently. It’s probably going to be a love it or hate it design but thankfully I fall in the love it category. Not just for the aesthetics of it but the function follows form philosophy. This is a titanium watch, one of the primary benefits of titanium is that it’s light weight. An open bracelet like this one saves a lot of weight by reducing materials. It’s also surprisingly comfortable. I was worried a bit at first because I thought the edges might dig in but that didn’t happen at all with my somewhat bony wrists. No worries though, it also looks great with a velcro strap that you often see on Speedmasters if you fall in the hate it category. 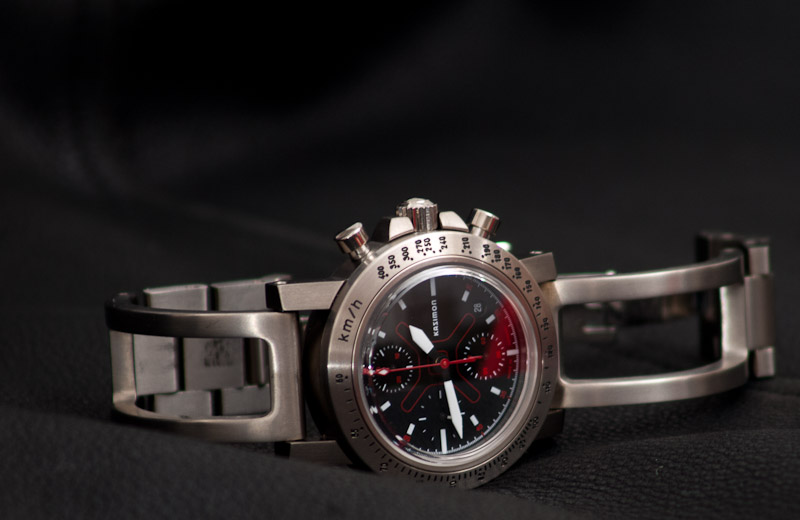 I do have some complaints, some of the screws in the bracelet weren’t completely tight from the factory and one was actually defective and not tightening down at all. (I notified Kenzo Kazimon of my problems with the screws and he immediately mailed me a few extra links and screws that got to me in a few days. Fantastic service.) The texture of the dial face also didn’t really fit with the spirit of the watch. It was almost a linoleum like surface. I would have preferred a glossy or just a matte black surface from a Omega Planet Ocean.


The impression I’m left with this watch is that it has style. It fits in the family of Kazimon’s existing dive watches nicely but is unique enough that it doesn’t seem like just a rehash or simple chronographing of one of their existing designs. There is a cohesive completeness to the design that you rarely see anymore from boutique shops who are endlessly rehashing old stalwart designs. It has that X Factor that gives it a character and personality that’s rare to find in boutique watches. Kazimon as a company I think needs to work on a better branding message that conveys their values but their designs are certainly not lacking in character or flavor.