Let’s talk about Swiss watch movements, specifically the 2824 and the 2892. The two most common mechanical Swiss movements you’ll find today are from a company called ETA, a subsidiary of the Swatch group. The 2824-2 and 2892-A2 movements are about as common as Goodyear or Bridgestone tires. Meaning you’ll find them in the majority of watches sold by reputable makers who are not using their own in house movements. I’m making a tire comparison here because at the levels that these base movements are offered at, they mostly provide reliable un-astonishing performance. Much like OEM tires supplied by most major car makers. 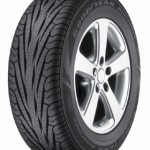 ETA was actually part of a watch company called Eterna, hence ET(ern)A. ETA was born to produce just the movements. ETA produces a wide variety of movements from the Swatch group because they swallowed smaller movement makers like Valjoux and Unitas.

The basis for the ubiquitous 2824 and 2892 are both quite old. They’re not revolutionary pieces but highly evolved and well tested movements. The key difference between the two are height. In the later half of the 20th century, it became very fashionable to have the thinnest watch possible. Before the advent and mass adoption of quartz watches, this was an arms race between watchmakers to see who had the best know how and technical savvy to produce the thinnest movements. For this reason, there is a perception in movements that a 2892-A2 (which is 1mm thinner than the 2824-2), is a superior movement. In many ways this is correct and in a small way, it is wrong.

Generally however, most high end makers will use 2892A2 or a derivative of the 2892 simply from market impressions that the 2892 is superior regardless of grade. The thin 2892 is also well suited to act as a “tractor” for complications to be placed on top of it. This is commonly done for chronographs and ETA even produces a variant called the 2894 with 37 jewels which is most famously used in Bell & Ross watches specifically for chronograph duties.

It should be said though that the ETA 2824-2 and 28236 (Day Date complication) which can sometimes be found in the $80 (2009) range is good value even at the lowest grade. Keep in mind however, the ETA 2836 and 2824 are the most commonly contracted out movement to Asian factories. That is, ETA licensed Asian factories to produce the 2824 and 2836. I don’t necessarily see a quality problem with an Asian produced ETA movement, however, I would be more wary of long term viability. Given the choice between a Swiss made vs a Chinese made 2824, I’d choose the first. To bring the car comparison, I’d prefer a BMW made in Munich, not one of their factories in South Carolinas. I know logically BMW/ETA makes sure the quality is there but it’s just not the same.

When you compare current ETA movements to a Seiko or a Miyota/Citizen automatic movement you get a more efficient bi directional winding system, hacking, hand winding, 28k beat, and it’s generally more accurate by a few factors out of the box. I would always pick an ETA designed and made movement over an Asian movement in this price class.

Robustness between the 2824 and 2892 is debatable since nobody has done a serious test of how much abuse each movement can take before they give up or when timing is severely affected. The 2824 does have some parts that make it more tolerant of shock but if you look at the most commonly failed part from shock, you’re better off with a 2892. If I was forced to take a guess, I would assume that at the top grade, their tolerance for abuse is nearly the same with an edge to the 2892 for better long term viability in terms of neglect of service. At the lowest available grades, the 2892 will be more robust and abuse tolerant since it’s simply not available in the lowest grades that the 2824 is commonly sold at.

In terms of accuracy, the lowest grade again, you’re worse off with a 2824, at the Top grade or Chronometer, there is no difference. At Elabore grade, you’ll find better performance from the 2892 on average.

Some watch companies take the standard 2892-A2 or 2824-2 and make no modifications and pop it into their watches. Its rumored that Breitling actually makes physical improvements to the watches but no solid proof yet from a disassembled Breitling movement. The Omega 1120 which is derived from the 2892A2 also has some improvements like the addition of some jewels and I believe one or two other improvements besides decoration. IWC takes a trans-formative approach that I think warrants them being able to name it their own movement in a small way. Of course the Omega 2500C which is produced by ETA is a 2892 with the revolutionary coaxial escapement. In this transformation it was also thickened considerably and made quite a bit more complex. (Note: It has been rumored lately that IWC has been receiving finished movements from ETA since 2007. IWC would provide the specs to ETA, and ETA would provide finished movements that IWC would place directly into the watch with no further adjustments by IWC.)

Here are the differences between the grades of movements available.

I guess we can’t end without saying that it’s been announced by ETA that it will no longer be supplying movements outside of the Swatch group. This has since been revised so that they will continue to supply big firms like IWC and the Breitlings of the world. However, the availability of movements to small companies like Bathys or Christopher Ward might come into question. In fact both companies use a clone of the ETA 2824 in their watches, the Sellita SW200. http://ablogtoread.com/general/making-sense-of-the-sellita-sw200-movement-same-as-eta-2824-2/

This has also compelled companies like Orange Watch Company to only use non ETA movements like the amazing Soprod A-10 and Chinese movements.

If the Swatch group is doing this out of benevolence and concern for the Swiss watch market, I sympathize. Swiss mechanical watches almost died because of a lack of innovation in the field prompted by the onslaught of Japanese quartz. It makes some sense that they don’t want to be the 800 pound gorilla anymore and want other movement makers to step up and take their place. Breitling has done so with making their own B01 movement. While I don’t think it’s a complete clean sheet design, it’s at least a first step that I hope other storied watch companies will take.