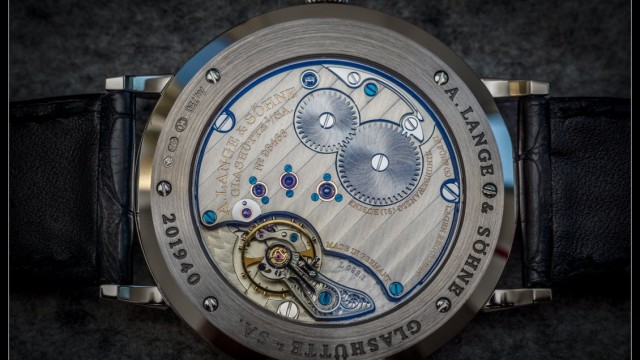 The Importance of In-House Movements

Can you imagine buying a Chrysler with a Toyota engine (wait this doesn’t sound so bad) or a BMW with a VW engine (this sounds terrible). 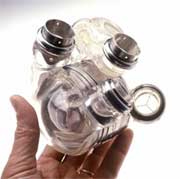 The movement of a watch is what moves the skinny long sticks around the dial and indicates how late you’re running to your next meeting. It could be battery powered quartz, human powered mechanical (automatic or manual wind), solar powered Eco-Drive, and so on. If the dial (the part with all the numbers painted on) is the face of your watch, the complications (stop watch, date, moon phase) its brains, the movement is the heart. It determines how much power reserve it can store, how accurately the watch will keep time, and how much abuse it can take before it gives up. It’s how watch companies show off how awesome they are at their core competency of doing fine detailed work and why you should buy their watch over their competitor. It separates the companies the must rely on celebrity endorsements to gain prestige and those who gain prestige from simply being so awesome and smart.

There is a sort of snobbishness between watches that use movement powered by “In House” designs and watches that use ready made complete movements or incomplete “ebauches” movements. Watch makers such as Rolex, Jaeger-LeCoultre, Seiko, and Citizen generally only use movements that were developed, manufactured, and quality checked in a close loop system entirely within their own company. There are of course exceptions even within the examples here but there is extra glory to doing it all yourself in the same way there is more glory winning a solo gold medal than winning a team gold medal. 1980 US Hockey team excluded (such a good true story movie).

Some makers like Omega, IWC, and Doxa request from a company like ETA made to order or customized movements. In the case of Omega, with both ETA and Omega being owned by the Swatch group makes it a sort of special case since you could consider Omega maybe not “In House” but “In Extended Family”. Contemporary and exclusive movements like the Omega 2500C and Omega 8500 are radically different and far more advanced than what anyone can order though even if it is still manufactured by ETA. On the other hand the Omega 1120 isn’t quite so different from the ETA 2892-A2. Its sort of the symbiotic relationship we see between Audi and VW. The lower spec Audi A4 uses the same engine that you might find in a Jetta just with different engine covers but you would never mistake an Audi for a VW (if you’re a car lover) and most people just don’t care about something as geeky as the engine. Perhaps in the best marriage of movement maker to watch maker, the Omega Speedmaster Professional, the official EVA space watch of NASA uses a legendary manual Lemania movement. It’s great value too since this movement is generally reserved for watches costing several times that of a Speedy Pro. 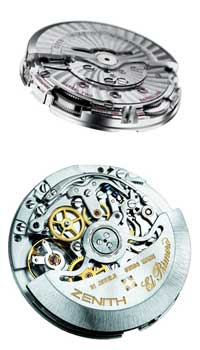 IWC almost completely transforms the ETA movements they start from. They order the highest spec movements from ETA and they go on to disassemble and replace pieces to make them higher performing and prettier. Much like engine tuners such as Shelby or Dinan, they’ll pick apart an already high quality movement from ETA and replace critical components as well as completely reassemble the watch with tighter tolerances and even better quality checking. This is much in the same way when AMG receives an engine from Mercedes Benz, they essentially do the same thing and even sign them individually by the technician who made the improvements by hand. It might surprise some to know, Aston Martin and Jaguar used to follow this very practice with what started as a humble Ford engine.

At the lowest end of the food chain, companies like Tag Heuer will generally order standard movements and not do anything to them and just fit it into their own watch cases. Tag will rename them something like “CALIBRE XX” to make it sound like they did something to it but no, they did not. I’m glad they did not as ETA makes a very good movement and I don’t trust Tag to make significant changes to it. For a few years, GM was selling the Chevy Prizm which was just a disguised rebadged Toyota. I’m sure most buyers were glad GM didn’t try to touch the engine in that.

In most cases, I find no problem with either approaches. It just doesn’t make sense for Sinn or Fortis to develop their own movements when ETA, Lemania, or Soprod makes such a good one already. Lotus or Morgan uses a variety of other companies’ engines and it would be unfeasible for them to make their own. Its a big investment in capital and expertise that probably won’t pay back much in return when the watch buying market barely can tell the difference between quartz and mechanicals. However, it is generally accepted though that to move into the next level of brand tiers, you do have to be completely in house. This is why Omega is trying to move the production of the 8500 into their newest facility and Rolex had to stop using the excellent Zenith El Primero movements in their Daytona. Snobs find something dirty in using someone else’s engine. I for one, would be the first geek in line waiting in front of the Omega boutique store in a sleeping bag the night before the release of a Speedmaster powered by the El Primero. It would be like putting a BMW M division engine into an Audi S5. You get the great style and interior quality of the Audi with the engineering prowess and mechanical superiority of BMW in the bits that move the car quickly.